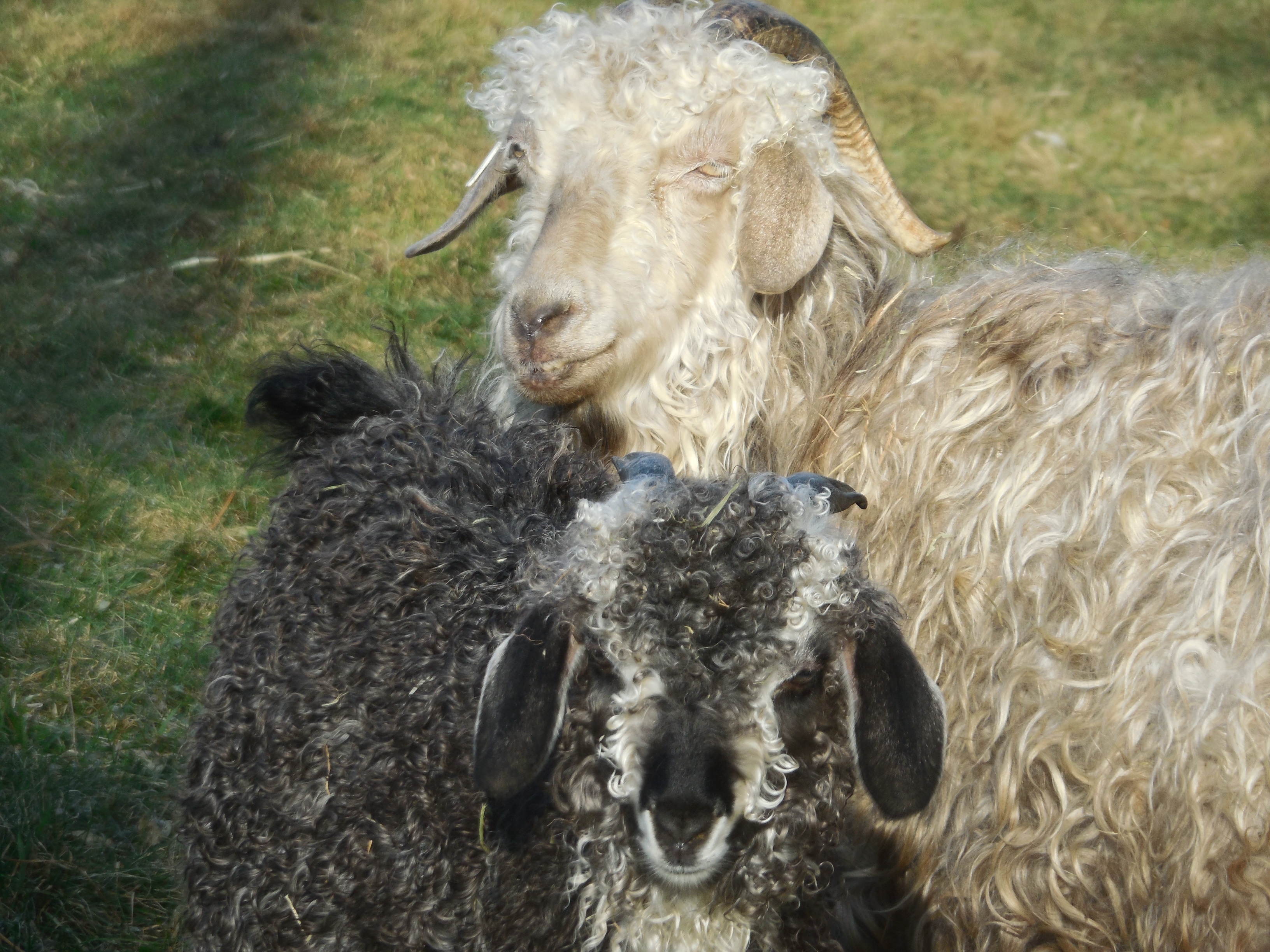 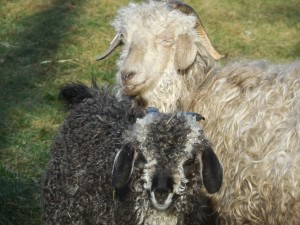 It would be impossible to talk about the goats without talking about Tawny.  She is our “logo goat” and many of our goats have Tawny in their bloodlines.  She came, with her daughter, Asha, to our farm in 2009.  At that time, she was ten years old.  We tried to retire her in both 2013 and 2014, but she had other ideas!  In February 2014, the snow was deep enough that she clambered over the fence to get in with Sebastian.  Afraid she would try again and get hurt, if I took her out, I left her in and gave her lots of extra grain.  In August, she gifted us with Sterling, a stunning silver reverse badger.  Thanks, Tawny!